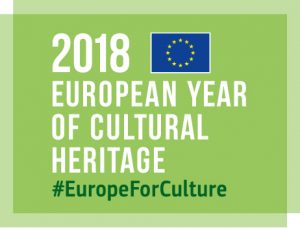 The Stakeholders’ Committee for the EYCH 2018 counted a total of 38 members. More about the specific consultation process (“Voices of Culture and Heritage”) organised by the European Commission is available here.

The spring 2017 meeting of the Alliance was scheduled back to back with the first stakeholders’ meeting on 28 April 2017 so as to allow for Alliance members to coordinate their messages ahead of the stakeholders’ meeting. Subsequent meetings of the EYCH 2018 Stakeholders’ Committee took place in September 2017 (Brussels) and in December 2017 on the occasion of the official launch of the European Year of Cultural Heritage 2018 (Milan). During the EYCH, three meetings were held in March (back-to-back with an Alliance meeting) and June 2018 in Brussels and the last meeting in November 2018 in Leipzig.

The entire European Heritage Alliance 3.3 – now counting 49 members – focused its resources on contributing to the European Year. For more information about events and meetings organised by individual members of the Alliance in the run up to and during the European Year of Cultural Heritage 2018, please consult the events page.

Background information on the European Year